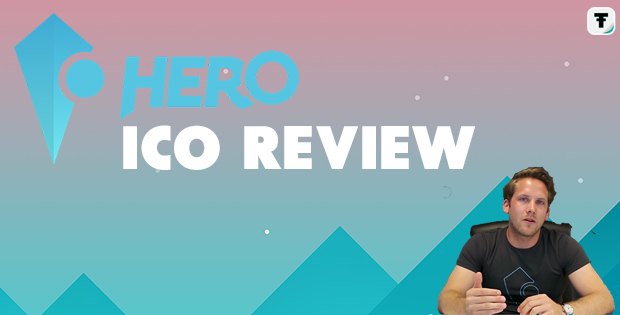 I am personally a big fan of all things eSports and blockchain, especially when the two are combined. The reason for this is that both the eSports and blockchain sectors are in hyper-growth mode. eSports is becoming more and more popular, and with games such as Hearthstone and Rocket League, it seems to reach beyond even the typical players of games such as Dota2, League of Legends, and StarCraft.

Talk to any kid aged 10+, and most likely they will have been involved in some form of Overwatch, and in most cases, they will have played it as well. A whole generation is growing up whose idols are on Twitch playing eSports games. Watching an eSports Live Stream of their once-favorite team is the norm for them, as watching a football match was for the older generation. There is even a rumor that eSports will become part of the Olympics.

Talking about the blockchain sector and its potential is obsolete at this point. If you are interested in ICOs, you, the reader of this article, will already have figured it out.

So let us take a look closer at what and how HEROcoin wants to play a role in that massive opportunity and market in which eSports and blockchain meet. HEROcoin is the child of the team behind Herosphere.gg, which is an eSports prediction platform users can use to bet with credits on the outcomes of games and win prizes and rewards. Herosphere seems to have around registered 200,000 users.

Taking a closer look at the whitepaper shows that the idea behind the HEROcoin, despite being very similar in name to Herosphere, is that users will not only be bound to their own platform. The idea behind the HEROcoin is more or less to become the “everything eSports” Ethereum-based coin platform that anyone can use, with templates provided, for example, by HEROcoin setting up its own bets. HEROcoin itself is not limited to betting; it can be used for whatever it is institutionalized for, even for buying and selling virtual items.

I think that the ESports betting market in particular is a large and that this sector will thrive the most. Nowadays the global sports betting market is worth up to USD 3 trillion, and around 65 percent of that global figure is spent on football betting. Seeing new generations growing up who are more drawn to eSport than football or any kind of sport gives you an indication of how quickly and how big the eSports betting sector is set to grow. Those positioned first will be the winners.

THE PEOPLE BEHIND IT

Taking a look at the team behind HEROcoin has given me confidence, as they’ve worked together already for some years, so any struggles within the team should have been worked out. I see these struggles in so many ICO projects, and I believe they are the major risk, as many of the teams behind ICOs have never worked with each other before. In other words, the fact that the team has experience and knowledge of the eSports sector gives me confidence.

An analysis of the pros and cons makes it clear to me that the pros outweigh the cons.

The fact that they are giving away only 30 percent during the initial token sale, which could be a risk, is outweighed by all the other positive things such as having an established team, being experienced in the eSports sector and already having a project in which the coin will be used.

As well as all this, it seems as if they have also done some great work in terms of making their ICO compliant with legal restrictions and a group of local Austrian investors is also behind them. This is, for sure, not a take-your-money-and-run ICO by some fresh graduates or 18-something boys.

TO BUY or NOT TO BUY

Taking into consideration the massive opportunity that comes along with the growing eSports sector, this is for me a definite BUY, especially for their upcoming ICO on the 14th September 2017.