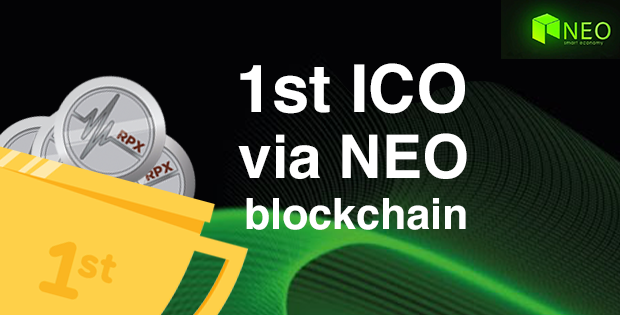 The talk of crypto town is NEO, the Ethereum of China. It has entered the Top 10 listings in terms of market capitalization based on the value of circulating supply. The most interesting thing here for us at TokenZin is the fact that like Ethereum, NEO allows you to build on top of their smart contract system your own token. There have been some ICOs that already accepted NEO, but there has not been one based entirely on the NEO blockchain itself. RED Pulse will introduce a NEO blockchain based token, RPX, that will power a brand new product distribution and consumption platform focusing initially on China’s capital markets.

What is the NEO-based RPX token?

The company behind it is RED Pulse, which is based in Shanghai and has been in operation since 2015. It already has a platform utilized by leading financial institutions and Fortune 500 corporations. In short, the company is a kind of research company that provides information and insights to its customers about events such as government policy shifts, regulatory developments, emerging industry trends, and so on. The core target for them is to build China’s next-generation intelligence and content ecosystem especially for the Chinese market, which hosts the largest economy in the world.

Their target with the launch of the RPX token is to create a groundbreaking research content platform that simplifies incentives and directly compensates research producers for their valuable insights. The token itself will be the underlying currency used to facilitate this ecosystem. The idea is to make research processes scalable.

If you asked me if I would advise you to put your $$ into this ICO, I would say the following:

What does this all mean for the token universe and the NEO platform?

For the token universe, it means we have a new alternative for developers to build their token on, an alternative to Ethereum, besides those that are in the planning stages and are not fully operational. The fact that we are seeing companies choose NEO to launch a token is exciting as it brings choice to the market. We will see how the community develops around that.

RED Pulse also has NEO as an official partner and the commercial organization of the NEO team behind it, which is onchain and much more.

My speculation and taking of this bits and pieces of information are that the Chinese government kind of “tolerates” ICOs and green lights them when done on the NEO platform and sees ICOs as a form of financing. My conclusion is neither NEO nor RED Pulse wants to get into trouble with them and I am sure the future will bring us further ICOs and Tokensales on top the NEO blockchain.