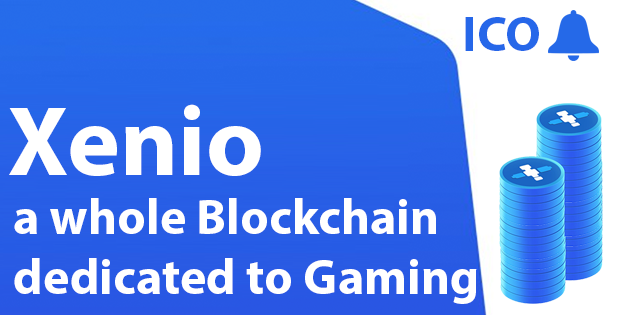 Game developers have a problem whenever they create a game which requires servers to run. Large game companies can afford the hardware and running costs associated but smaller companies and indie developers cannot. They could contract a different company to provide this service but this creates its own issues, such as how much downtime on a server is acceptable. Xenio has a solution to this issue, utilizing blockchain cryptocurrency to pay third-party hosts for running a server.

For indie game developers, finding the funds to run reliable servers can be difficult. Choosing the cheapest options online can result in poor gameplay, which will push users away and almost certainly result in the game failing. Often, a game release attracts large numbers of players for the initial hype, which exacerbates this problem, and will end up with the game suffering from poor performance at launch – not a way to get favourable reviews or recommendations. This happened to EA Games in 2013, after their much-anticipated SimCity release proved phenomenally popular, and was rendered unplayable for many users due to insufficient server resources.

Conversely, after a game has been running for a while, the number of players will inevitably decline, which creates a problem in itself; how long can the company justify the running costs of a server which only has a few users? Just shutting it down will cause unhappiness among regular users who have spent hours building up characters and inventories.

These are just a few of the problems which companies can expect to encounter if paying someone else to host their server. However, Xenio offers a solution to this, by paying hosts to run a server using cryptocurrency. Unlike cryptocurrencies such as Bitcoin which require their miners to solve computationally difficult but ultimately pointless puzzles for monetary reward, Xenio coins are mined by hosting a game server and the chance of receiving payment from the system is proportional to the number of users a given server attracts. This incentivises the host to ensure their server has high uptime and to provide the most optimal service to the players possible.

One of the major advantages of this type of strategy is that the number of players and the number of people hosting services are likely to be linked; when the game is popular and has lots of users, there are more likely to be people willing to host servers and earn currency, whereas as the game’s popularity dwindles, the number of servers will go down. Then, if the game spikes again, the amount of resources dedicated to hosting it will go back up.

Xenio’s blockchain cryptocurrency method allows third-parties to earn rewards by sharing their computer power to host servers. This makes it possible for small game producers and indie companies to run massive game servers without getting overwhelmed by players or having to shut down servers which are no longer cost effective. It gives third-party companies a chance to earn currency, and rewards them for running good, reliable servers, which in turn will improve players’ experiences with the game and boost the game’s ratings and reviews.